Said to be of a Norman style The Anglican Chapel is the subject of some debate as to who designed the building. At the time that Joseph Paxton designed and layed out the Cemetery he had worked with architectural assistant John Robertson, also G. H. Stokes. Even though Paxton was by this time a practising architect, it's thought that both Robertson and Stokes would have assisted in the chapel's design. The interior is modest and traditional, with a timber framed roof. Externally the building has a varied roof-line and tower, with a commanding position atop the sandstone hill which would have been formed when the area was used as a sandstone quarry. The chapel does not come over as an early Victorian building as they usually favoured the Gothic style. The walls are of red sandstone, whilst the roof has a mixed pattern of rectangular and scalloped plain clay tiles. The doors, too, are quite striking, with the main entrance being flanked by pilasters with a simple scalloped pattern. The windows on either side of the chapel are narrow round-headed, however, above the main door is a rose window quite striking for such a small chapel. The corbels at the eaves are carved into grotesques that continue to the lower section of the tower at the side of the building, which also has a pyramidal stone roof. Although the chapel is small, with all its features and its commanding position it's still impressive to visitors whichever way they approach it. 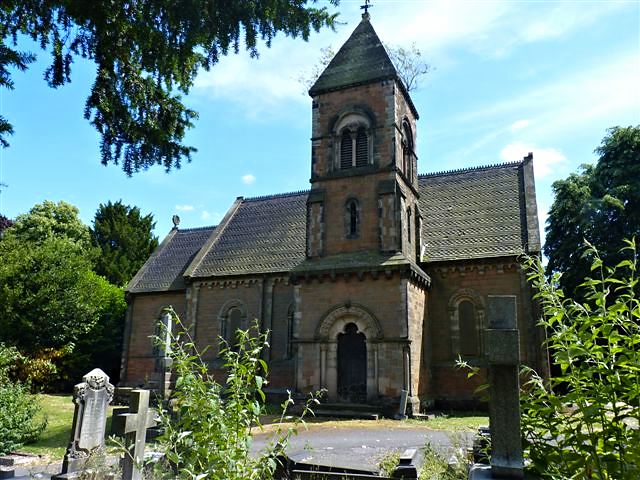 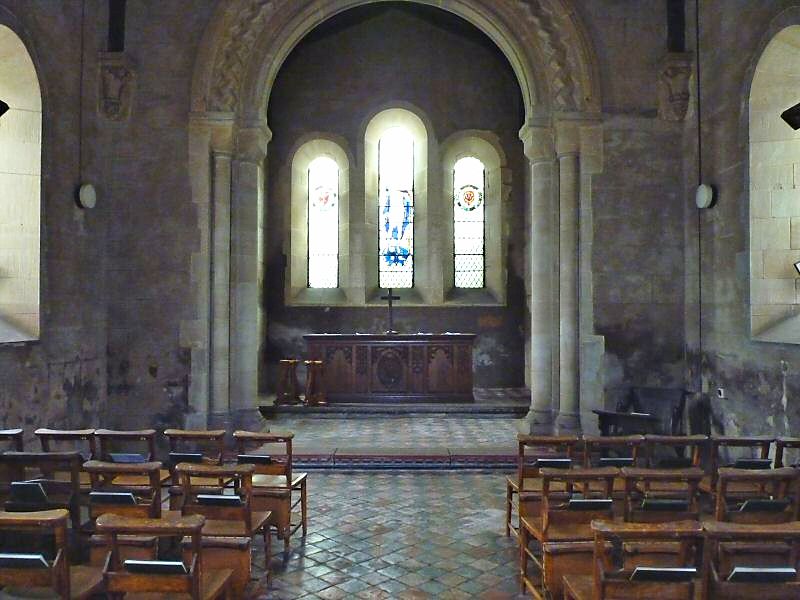 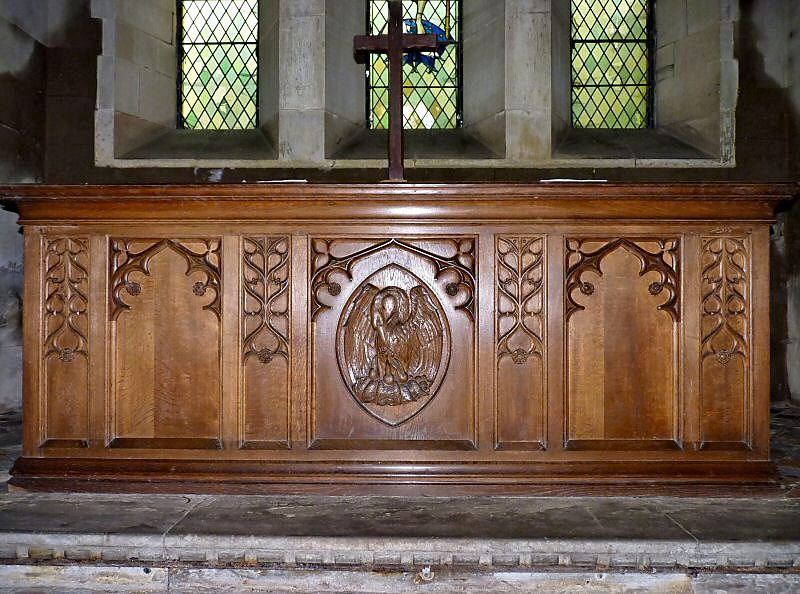 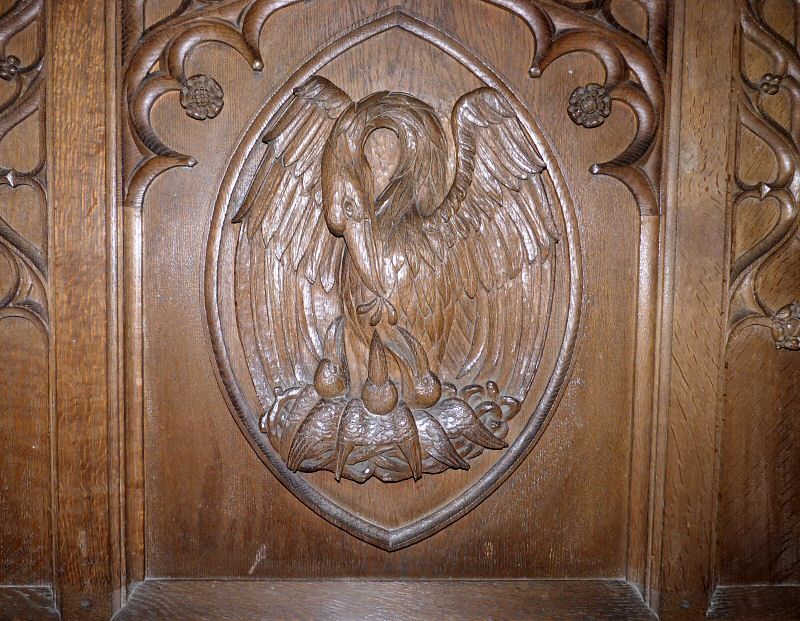 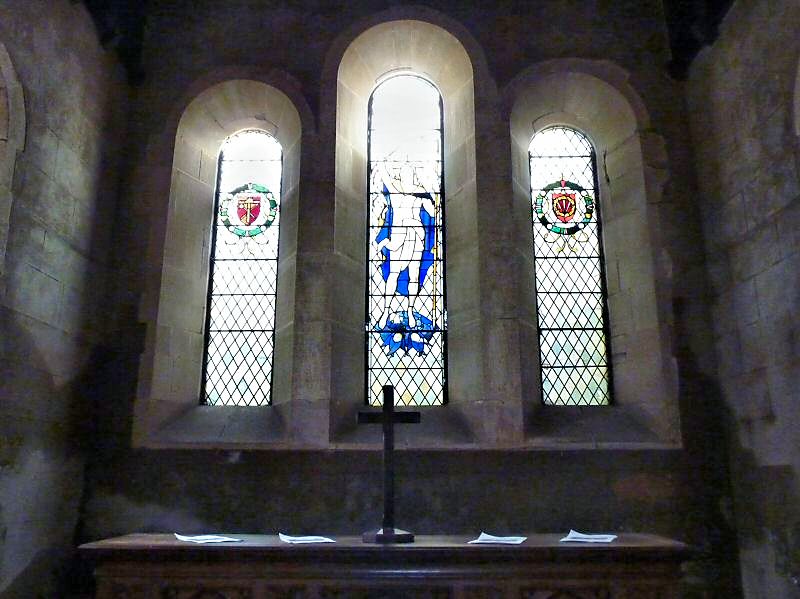 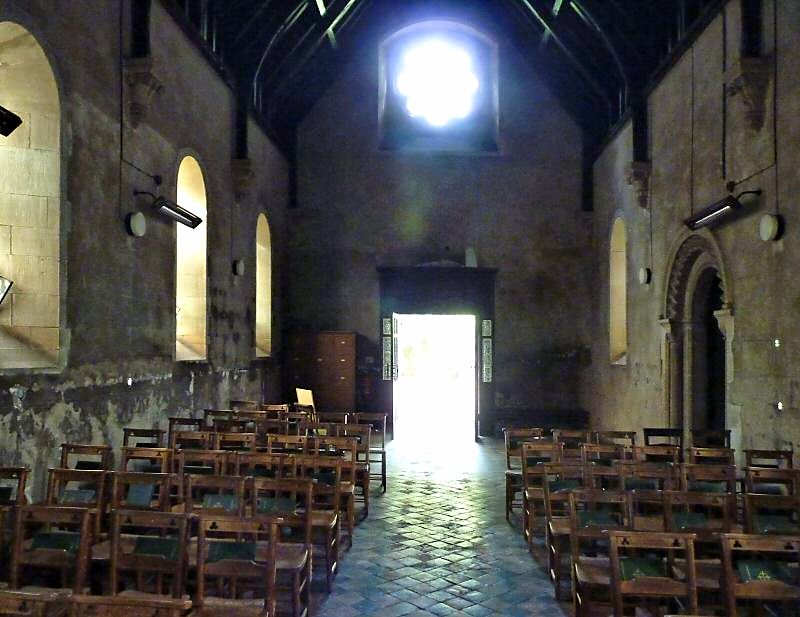 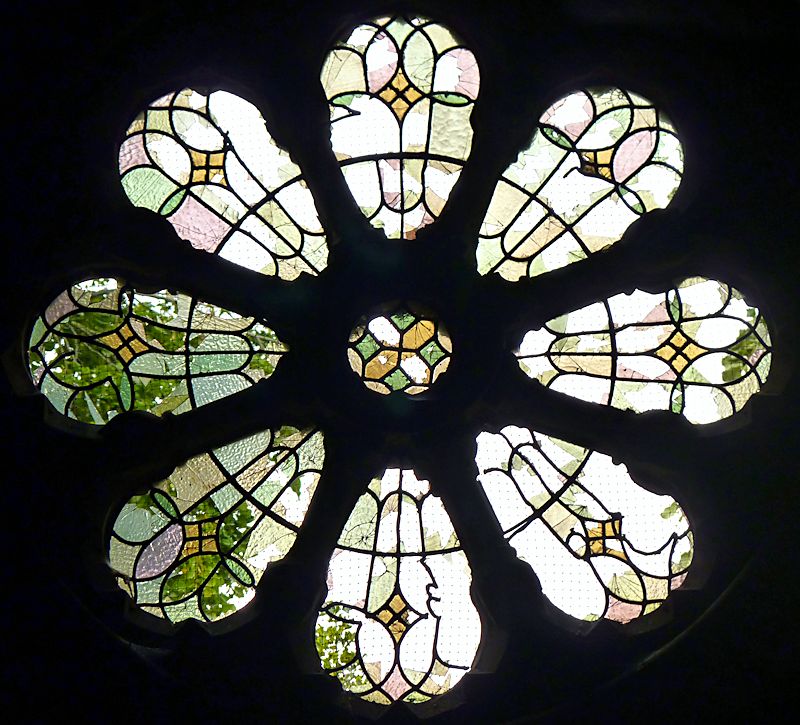 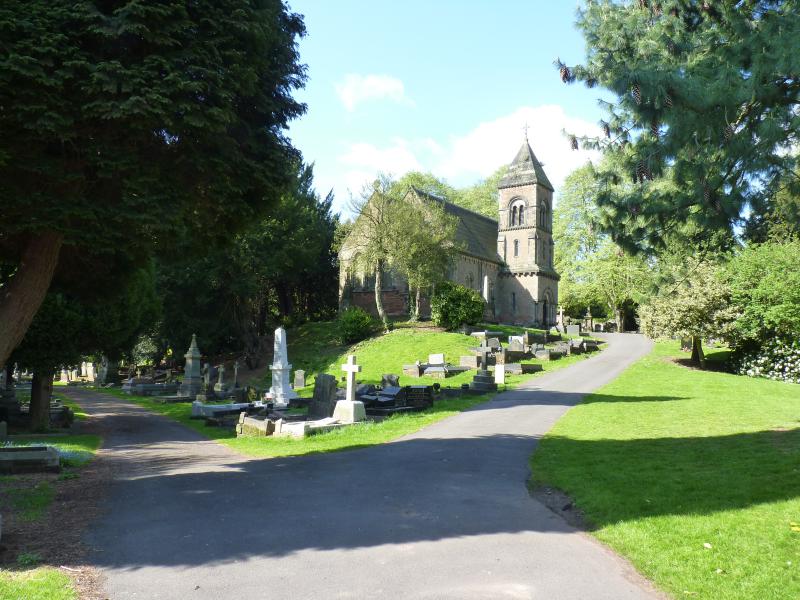