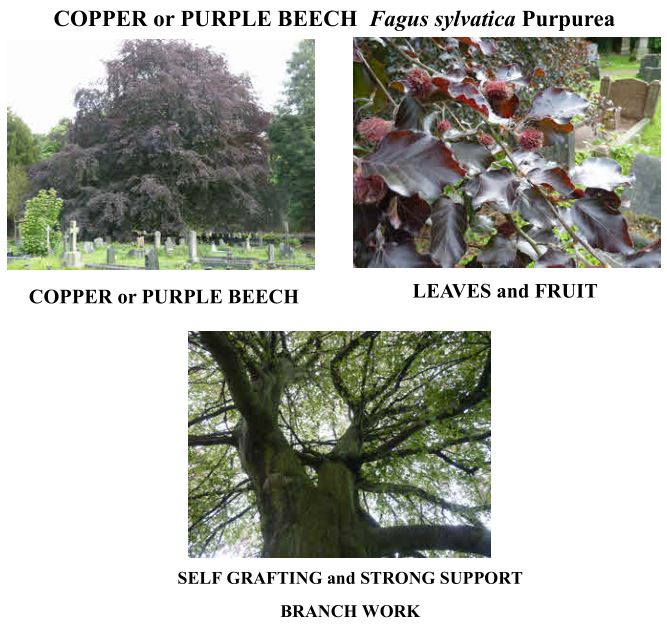 One of the original Paxton plantings and taking benefit from the sheltered position within the dell area. It is worth a view at any time of the year, but springs leaf-break can be especially stunning. Take note of the branches grafted to each other.

Also known as the Copper Beech, the common beech is one of the most handsome native trees and has been widely planted in woodlands, parks and gardens. It will withstand sea-winds, tolerate polluted urban environments and will flourish in well drained soil of either chalk or sand.

The Purple Beech seems to have appeared naturally and was described as early as 1680 in Switzerland. A century later it was in cultivation in this country, and by the mid 19th century this was one of the most frequently planted ornamental trees in gardens, parks and churchyards.